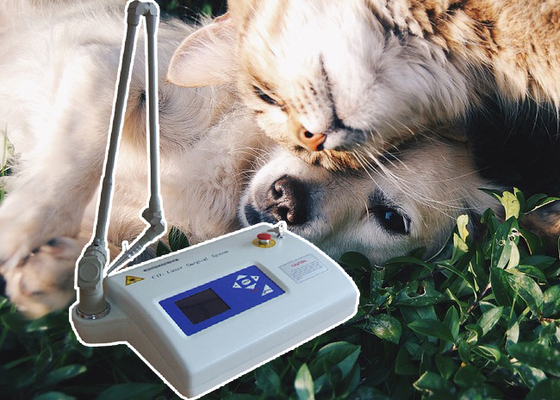 Portable and compact CO2 surgical laser is widely used in hospitals, clinics for general surgery and plastic surgery. The laser source is sealed off CO2, with wavelength at 10.6um. Laser is led through high precision 7-joints articulated arm to facilitate operation. The cooling system is enclosed liquid based circulation, effective and reliable.

CO2 Laser Medical Instrument is widely used, and adapted to general surgery, gynecology, otorhinolaryngology, plastic surgery, anoenterology, dermatology etc., where is needed the shallow cutting in open and intuitive operations such as, stanch-bleeding, solidafication, carbonization. It can get remarkable curative effects, especially in the treatments of cervical erosion, underarm odor, VD disease (such as condyloma acuminata), corn, etc. It also has curative effects to some dermatological diseases and some animal illness.

What is a laser?

LASER represents the light amplification of stimulated radiation. A laser is an optoelectronic device that produces highly concentrated light. Laser power can range from a few milliwatts (in CD-ROM drives and laser pointers) to tens of watts (industrial and medical applications) and over tens of thousands of watts (pulsed lasers in scientific and military applications).

What is laser surgery?
In laser surgery, a highly focused laser beam can effectively ablate (evaporate or excise) living tissue. At the same time, it seals (welds) capillaries, small blood vessels, lymphatic vessels and nerve endings, and has significant benefits for both patients and surgeons.

The CO2 laser can easily replace the scalpel in almost all soft tissue veterinary procedures. In addition, there are some laser surgery procedures that veterinarians consider laser specific because the technique is easy to manipulate and has the ability to control bleeding.