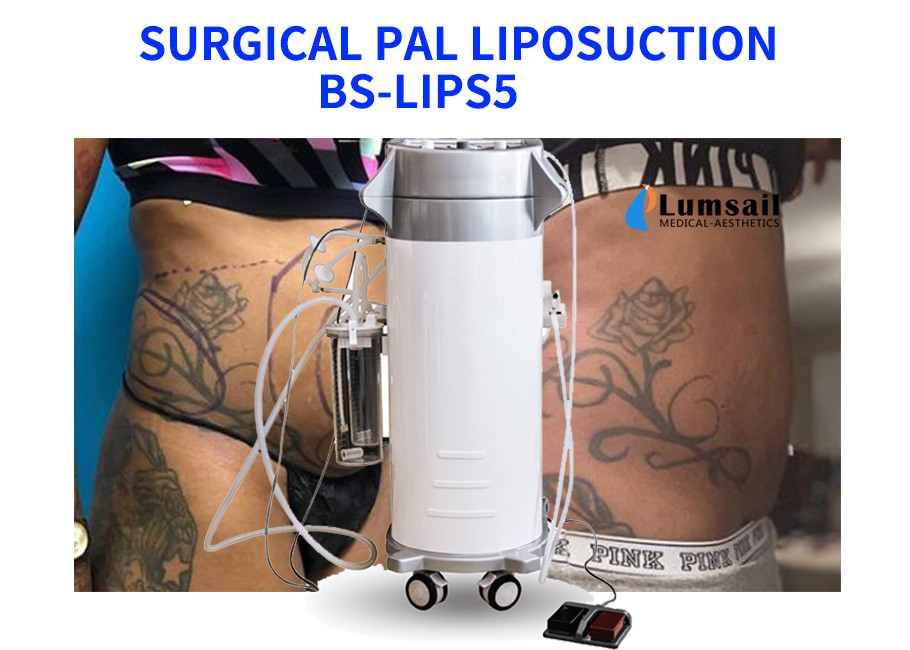 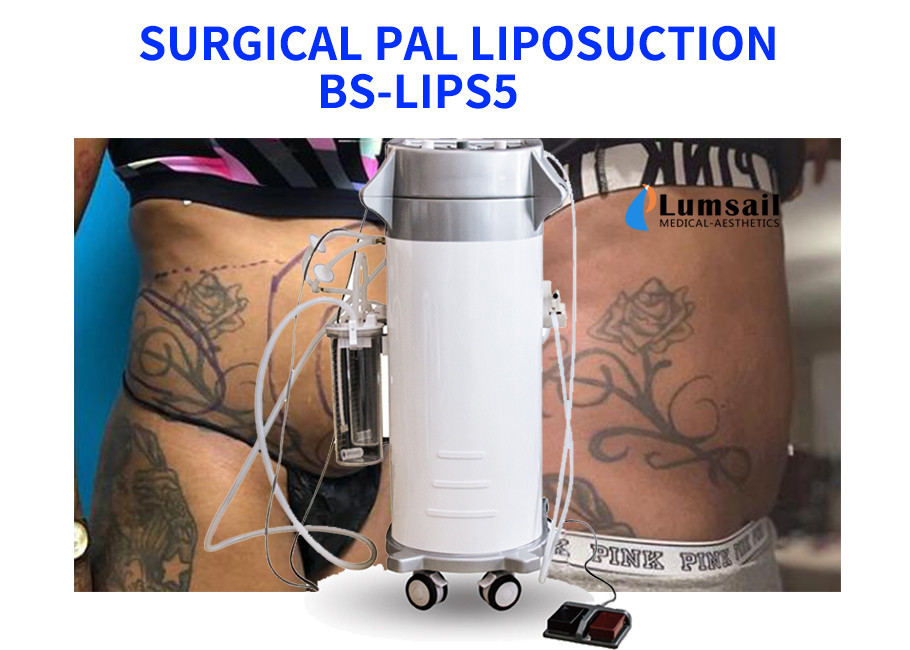 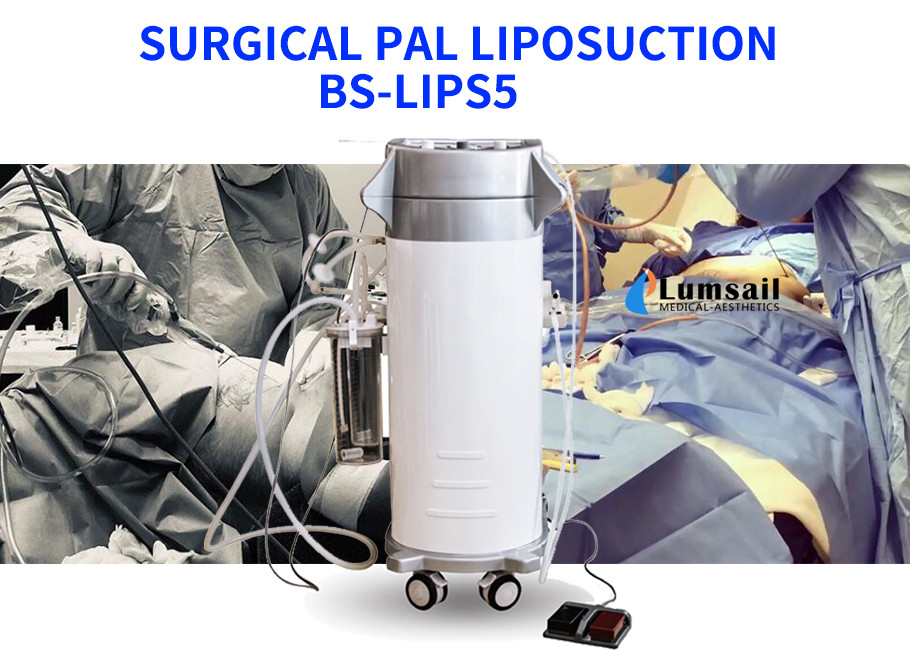 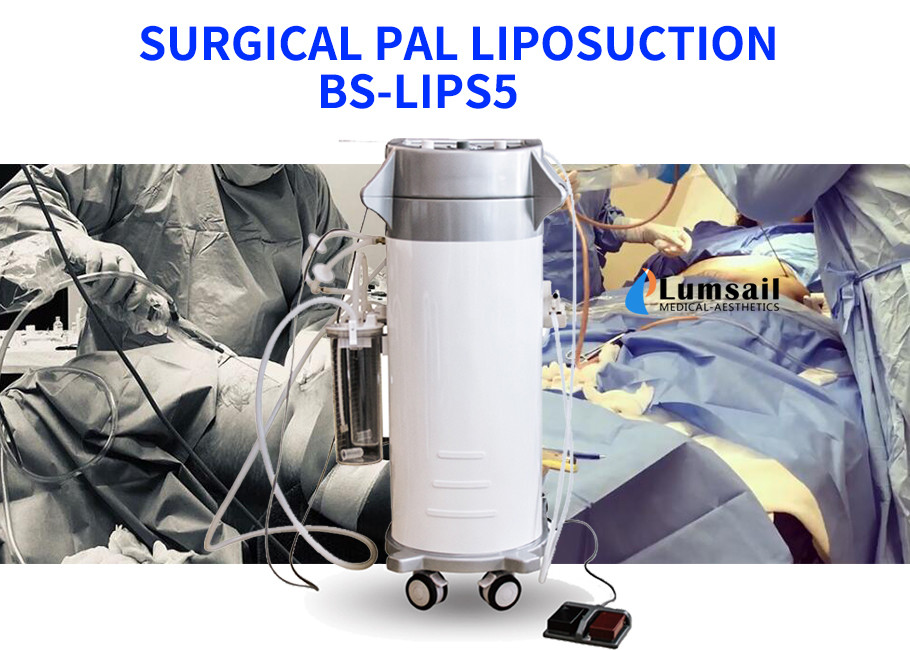 BS-LIPS5 is a new generation power assisted liposuction system, which integrated high-speed vibrating power assisted liposuction function, aspirator, and infusion function. With the single machine, it is feasible to implement a vibroliposuction surgery, without depending on other devices. It enhances the operation efficiency, and surgeons experience less fatigue during power liposuction with easier penetration and removal of adipose tissue. Microcomputer calculates and provides precise to-and-fro movement.

liposuction is a surgical procedure that removes body fat by suctioning fat cells out of the body using a narrow stainless steel tube(called a cannula) , connected to a medical-grade suctioning system(called an aspirator).

liposuction is intended to remove localized fat deposits that are resistant to diet and exercise . The procedure can be used in conjunction with other fat-reducing procedures ; but it is not , by itself , a cure for obesity .

Traditional liposuction , called ' suction- assisted liposuction ' or SAL , was developed in the 1970s . This manual method is still practiced by some plastic surgeons , but it requires significant physical effort to perform .

What is Power-Assisted Liposuction (PAL)?

While the PAL innovation achieves the goal of making liposuction easier for the surgeon, it also provides meaningful patient ben- efits. PAL passes through tissue without damaging micro-vessels, and leaves the fat cells, (called adipocytes), intact for autologous grafting to other areas of the body, if so desired.2, 3

Recently, attention is being paid to cell viability because of a new process called fat transfer, or fat grafting. In this procedure a sur- geon uses liposuction to harvest fat cells through a closed, sterile system which maintains the viability of the living cells within the fat. The surgeon can then re-inject a portion of the patient’s own sterile fat cells into other areas of the body or face to enhance areas that may have lost volume over time. PAL produces higher cell viability than heat-based methods that destroy the fat cells during liposuction.

Use your imagination to picture the fat in your body as grapes on a grapevine, and your connective tissue as the leaves and vines. PAL’s patented reciprocating action gently shakes the grapes loose, leaving the vines and leaves intact.

Using the PAL system, the grapes are gently plucked without de- stroying the vines. This means that the PAL procedure has some very worthwhile and unique advantages:

PAL is not heat based, so patient burns are not a concern.

Am I a candidate for PAL?

Liposuction surgery may be used to treat areas of excess fat in the stomach, buttocks, hips, love handles, saddlebags, thighs, calves, ankles, back, arms, neck and breasts (including male gyne- comasty, or breast reduction). Liposuction is equally effective in men and women.

Your doctor is best suited to determine if you are a candidate for Power-Assisted Liposuction. But there are a few indications that may help you decide:

PAL may be performed as part of an abdominoplasty procedure (tummy tuck) or a panniculectomy procedure (removing hanging fat and skin, typically after massive weight loss or bariatric surgery).

Power-Assisted Liposuction can be performed on overweight patients who want to remove large volumes of fat, or on patients simply looking for definition, contouring and body sculpting.

For patients seeking body contouring and definition, PAL is used to remove the thin subcutaneous layer of fat. Your surgeon can use PAL to perform exacting body sculpting on many areas of the body. PAL allows the surgeon precise control which can lead to better outcomes.

Tumescent Infiltration Local anesthesia with epinephrine and sterile saline is injected into the fat to numb the tissue and constrict the blood vessels which minimizes blood loss.

How is PAL surgery performed?

Local anesthesia and/or intravenous sedation are frequently used for patients undergoing PAL surgery, although general anesthesia may be desirable in some instances. For your safety during the operation, various monitors are used to check your heart, blood pressure, pulse and the amount of oxygen circulat- ing in your blood.

After the infused solution has been absorbed by the fat cells (15–20 minutes), your surgeon will make tiny incisions in incon- spicuous areas, such as in natural skin folds and creases, or in your underwear line. The surgeon will insert the PAL cannula into these tiny incisions to aspirate (or suction) the fat.

The length of the aspiration process will vary according to the extent of the procedure and the patient type. For instance, a micro-sculpting procedure on an athlete might last a shorter time, while a more aggressive procedure on an overweight patient could last many hours.

Certain medications that increase the risk of bleeding such as aspirin, non-steroidal anti-inflammatory medications, and some vitamins/homeopathic regimens (including garlic) should be dis- continued before undergoing liposuction surgery. Your surgeon will provide you with additional preoperative instructions.

What can I expect after surgery?

Your surgeon will provide you with complete post-operative in- structio however some general guidelines are provided below.

In the first few days after surgery you should rest quietly.Most patients will take a pain medication for one ortwoweeksbut patients should consult with their doctor before taking aspirin or other anti-inflammatory medications.You can expect swelling and bruising to resolve over the course of a few weeks.

Compression garments should be worn for several weeks after surgery.This aidsyour skin in naturally reattaching tothe under­ Iying muscles.Foryour convenience in laundering the compres­ sion garmen it's probably a good idea to have morethan one.

In addition to the skin-healing promoted by the compression garmentyour doctor may recommend that you avoid stationary positions (such as sitting at a deskor driving a long distance) in the first couple of weeks after surgery to prevent undesired skin adhesionsuch as creasing.In some casesdaily stretches may be recommended.

Your recovery time will vary depending on the extent and loca­ tion ofyour procedure.Some patients return to work within a few days;but for most patientsfull activities can resume after a few weeks. Swelling is usually gone in four weeksbut it is im- portant to note that thenal results ofyour lipoplasty will not be fully apparent for several months.